How to open a bank account in France – Context

Many foreign businesses underestimate the delays and obstacles they may encounter when opening a bank account in France. These are multiplied if you want to open the account from a distance, without a company director having to visit in person. What follows are a few useful rules that will help you get a head start and open an account in record time.

How to open a bank account in France and legal status

First of all, businesses must have a K-bis, which forms the legal identity card of the company and establishes a branch of the company in France. Indeed, you need to have this document in order to open a business bank account in France. The branch does not have to be considered as such in fiscal terms. In other words, it can have a simple commercial status without a fiscal status.

An efficient way to open a bank account in France in the shortest time is to have opened an account in the home country with a subsidiary of a French bank, or one that has concluded a partnership with a banking network in France. In the interests of anti-money laundering, all French banks enquire into the commercial activity, the seniority, the shareholders and directors of a company, and require a minimum of prior existence and turnover before proceeding to open a company bank account.

What can you do if you cannot fulfill the conditions in the previous paragraph?

There are two possibilities. The first solution is to open a bank account at home with a bank that is represented (or has partners) in France. In this case, it is best to enquire in advance to make sure that you fulfill all the rules for opening a bank account in France. The second solution is to procure the K-bis and then to approach any bank in France requesting to open an account. If the bank refuses in writing, you can resort to the procedure of “right to an account”. By this procedure, the Banque de France designates a commercial bank in which the foreign business may open an account. In other words, the commercial bank cannot oppose the opening of the said account. To sum up, this second procedure exists as a last resort but it carries the inconvenience of being time-consuming.

How to open a bank account in France: to sum up… 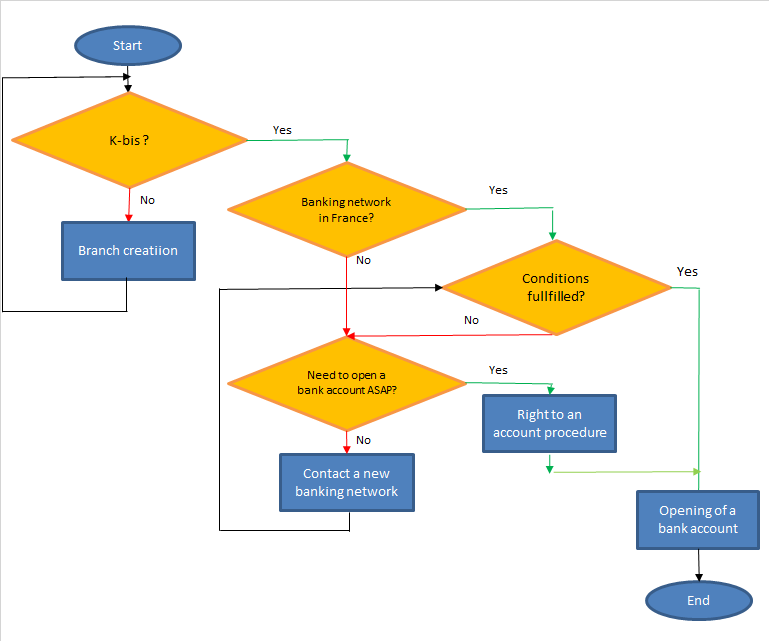 Doing business in France : in brief
Scroll to top